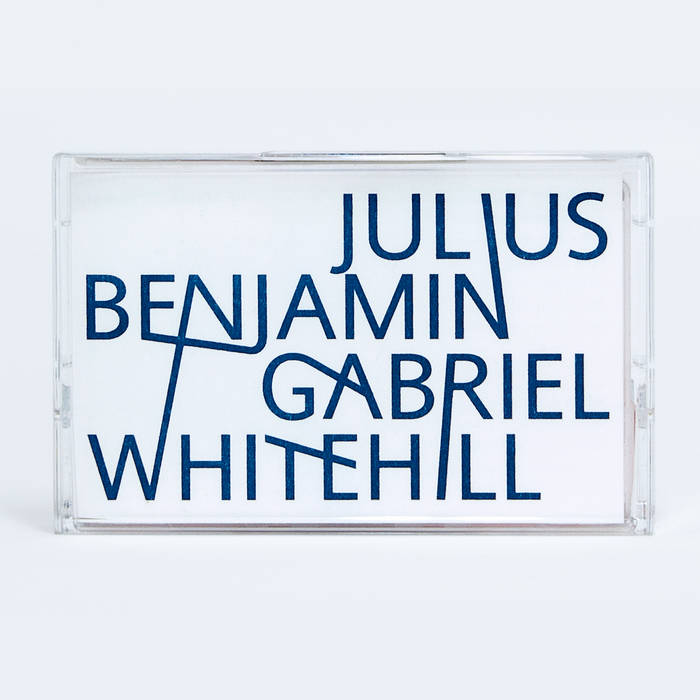 Echonomy Series is looking to select works already released in small editions or download-onlies and to recontextualise them.
The recordings put together here on Echonomy#1, although originated with no knowledge of their counterpart, share the same approach to extend the possibilities of traditional instruments.
Although they’ve never met before, Julius Gabriel, on saxophone, and Benjamin Whitehill on percussion instruments, form a similar communion of improvised sound fed through feedback electronics.
Ben's original tape "The Month Of January" was self-released in 2016 in an edition of 15 c40 tapes on his own Difficult Folk-imprint. His rework, done exclusively for OM, sounds as if directly reacting to the recordings of Julius' liveset, self-released as a download in 2016 under Julius' moniker Para Dise, and vice versa. While Julius builds up thick walls of reed which ebb and flow in different directions, from psychedelia to waves of harsh noise, Ben builds up a shimmering cascade of edited percussion pieces. Both performances deliver a similar way to think improvisation; raw and tender, blank and sensitive. One can feel delicate self-effacement, a well-tought-out sense of balance through the feedback and noise.

Benjamin Whitehill - The Month Of January
A shortened version of an album recorded in 'The Month of January,' 2016, and loosley inspired by a folksong of the same name. Originally released 14.7.2016 on 'Difficult Folk'
Benjamin Whitehill - Electronics (mixer feedback) / Percussion (mainly saucepan) / Field Recordings

Bandcamp Daily  your guide to the world of Bandcamp

New sounds from Mavi, Ivy Sole & Moderator, plus AJ, the One joins the show, for her latest release